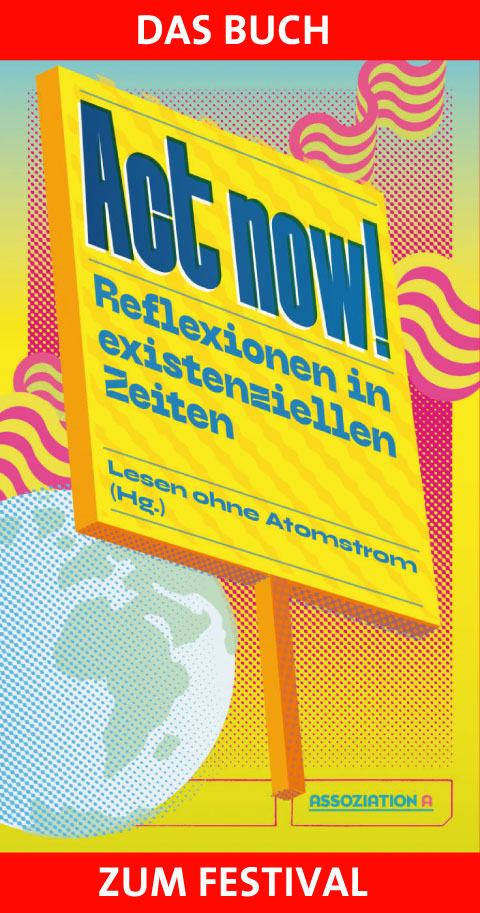 The Renewable Literature Festival – established since 2011

Culture á la carte – for phasing out the nuclear age

‘Reading for Renewables’ is an exclusive literature festival held in Hamburg. For a week each year renowned authors and artists from all over the world appear on stage at the most popular venues of northern Germany’s metropolis. Since 2011, 313 well-known authors, actors and musicians have contributed to the festival. 39.000 people watched the artists live. Admission is always free.

The festival is strictly non-commercial from start to finish, organized by the non-profit citizens’ initiative “Kultur für alle!” (Culture for everybody), which was founded in 2011 by dedicated readers and renowned authors, among them Nobel laureate Günther Grass. Theaters, libraries, the Goethe-Institute as well as the World Future Council, various foundations, local football clubs, private patrons and many more have made the festival an established highlight of Hamburg’s cultural life.

With this social and cultural commitment civil society took action against one of the biggest PR events hosted by the nuclear industry in Europe, the “Vattenfall Lesetage.” This literature festival was organized by and named after the utility company Vattenfall, which almost exclusively invests in coal and nuclear power plants – and took a beating for its aggressive culture sponsoring. ‘Reading for Renewables’ emerged from the ensuing public debate – for a different understanding of culture, for phasing out the nuclear age: a festival for and by authors and artists with a programme of first-rate quality and social commitment. As a consequence, the nuclear industry discontinued their festival. Today, ‘Reading for Renewables’ is “the culture provider for the Hamburg metropolitan area” (Hamburger Abendblatt).

Of Grammy and Nobel laureates

Committed to culture – for everybody

Reading for Renewables’ is strictly non-party: Political parties and affiliated institutions are excluded from contributing as are state funding organisations and sponsors of any kind. Costs are solely covered by donations.